It was only so long until some Beastie Boys lyrics became applicable to my wild bloggin’ lifestyle. And finally, a little over two months after the fact, my Sojourning through the South Segmented Series of Stylized Safariing has finally reached its geographic goal: Florida’s Everglades. 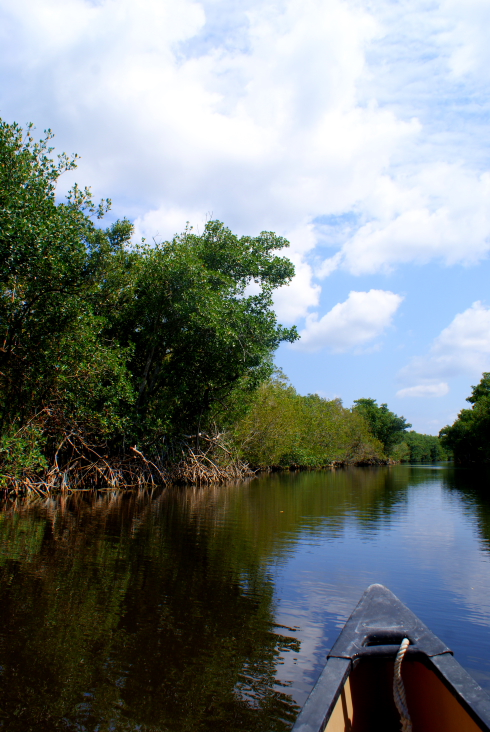 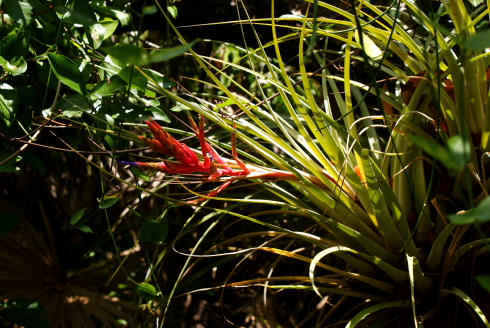 I considered making this post a third entry in my Sojourning through the South of Super Stylized Safariing AKA My Boyfriend is Wearing the Same Shirt Again Series, but thought I would leave that photo out, in case you find yourself tiring of blue plaid.

Unlike Lorne Greene, I don’t make much of a living as a graduate student; perhaps one day, my own li’l bonanza will roll through town. But as that day has not yet arrived, I didn’t truly get to glide through the ‘Glades, fan-boat style. Instead, we rented a canoe for some backwater exploring. This, in my mind, was a much better use of our time and money. 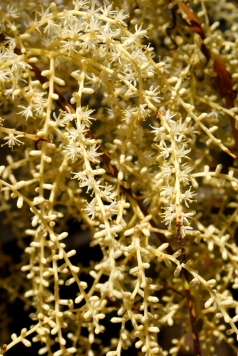 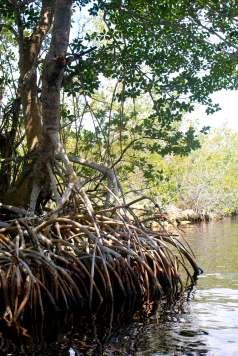 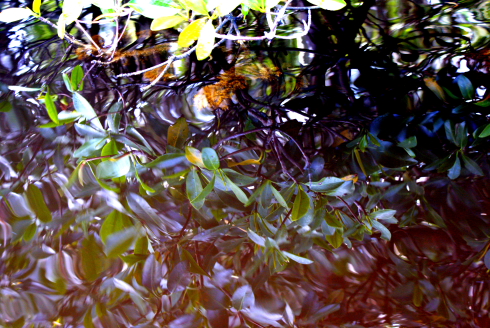 I spent my canoe time in several ways:

Sure enough, the time did end. This was a mixed blessing, as my pale skin probably couldn’t have endured many more hours of direct light-bashing.

The Everglades – all of Florida, really – is so foreign to me. Had our campsite not been disgustingly infested with mosquitoes, from which their bites proved to match my soon-to-be sunburn quite nicely (I had my own little stars and stripes thing goin’ on), we would have gotten a bit more time to explore. As it was, I left wanting to see much more than I did. Hopefully the cards will one day align, and a winter visit will be feasible.

But fear not. For we saw more than these wishfully-still waters. 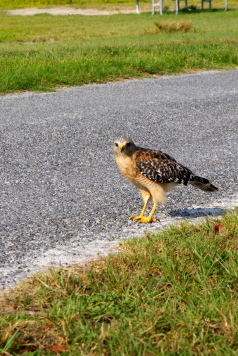 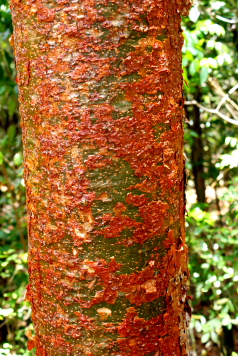 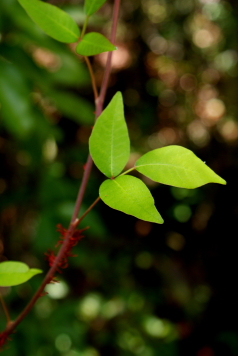 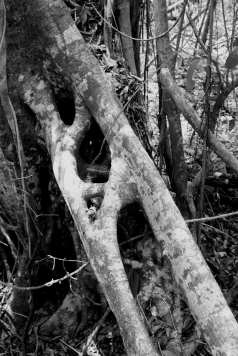 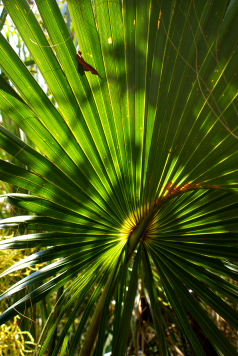 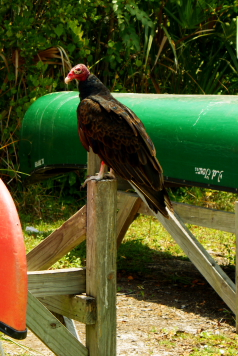 After spending a mosquitoey afternoon and night, and a peaceful morning in Flamingo – the terminus of the road into Everglades National Park – where we experienced more foreign tourists than in all other road trip stops combined, we headed back up the main drag and made a few memorable forays. Step zero, which I was glad not to experience, was the Snake Bight Trail. Now, the newfound lover-of-knots in me might think that a “Snake” is in this case some sort of fancy slack/loop thing…. but I would likely be wrong, as a bight is also a recess of a bay or coast, which is much more applicable to the Everglades than knot slack.

One stop was moderately unplanned, as we realized we had left a large jug of water, and a relatively new tube of sunscreen, back at Flamingo. In stopping to explore our losses, we consoled our parched throats, and my parched shoulders, with an almost-friendly gathering of vultures. Later on we would visit with similarly devious-looking anhingas, which are unfortunately also known as snakebirds. I just couldn’t shake the snake refs.

We visited Mahogany Hammock, a tree island, filled with namesake mahogany trees, as well as bromeliads, strangler figs, gumbo-limbo trees, and other exotic species that sound straight out of a fairy tale from a far-off kingdom. Like fairy-tale kingdoms, hammocks in the Everglades are surrounded by a narrow moat of water. Also like fairy-tale kingdoms {or not?}, we had run out of water at this point (due to the left-behind jug), and only had two Bell’s Two Hearted Ales to quench our thirst during the drawn-out, 0.5 mile boardwalk journey. 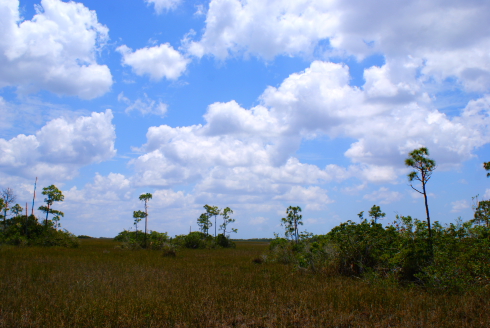 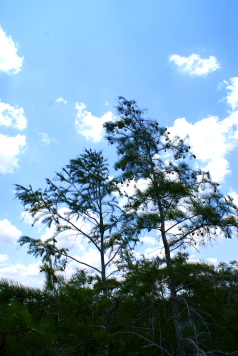 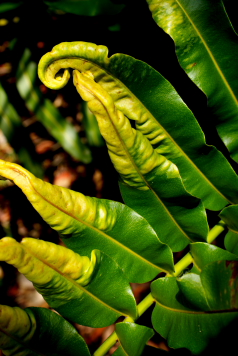 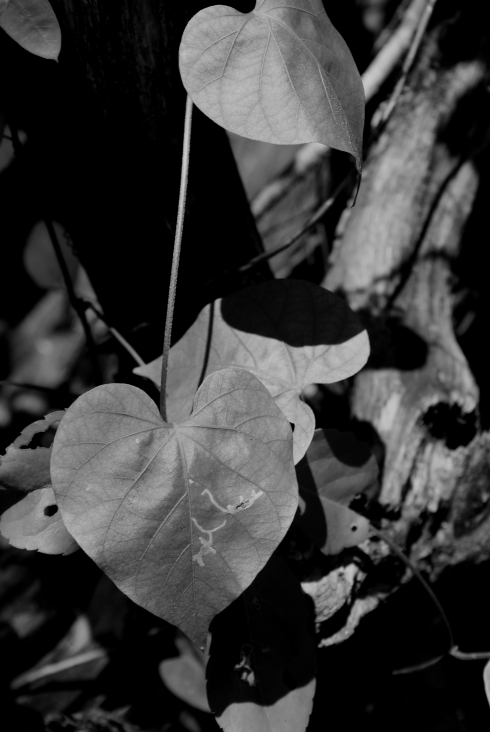 A quick stop at the Pa-Hay-Okee Overlook took us over an endless expanse of saw-grass, which we realized was not a grass, but a sedge. Sedges have edges, folks. And triangular stems. Amidst the saw-grass were copses of small cypress trees, of which I snagged a few cones that are now resting on the mantel.

Our final jaunt in the park was the Anhinga Trail, which I faintly remembered visiting years ago. The trail is a short out-and-back originating at the Royal Palm visitor center. The trail and center are located on the site of the old Royal Palm State Park, the first of its kind in Florida, originating in 1916. On display along the trail – almost comically so – are large and lazy alligators, floating around hoping for fleshy snacks. My camera didn’t make it to this stop, as I was busy fretting about my own comical issue: my sunburn. In addition to the alligators, there were turtles and anhingas to round out the essential ‘Glades experience.

Sites I missed in the Everglades that I would go back to see?

First, any of the 27 species of snakes found within the bounds of the park, only four of which are apparently poisonous. Just kidding!

Second (and for real), the Nike Missile HM-69 Site, a missile base built by USACE in 1963 at the height of the Cold War. The site included three above-ground missile launchers, as well as 22 extra top secrety military buildings. From January 1st to April 30th of each year, tours are offered to the Launch Area. It makes me want to watch JFK and read about military conspiracies for days. 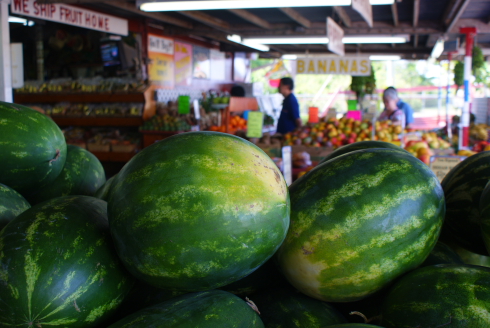 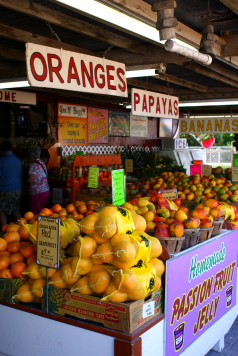 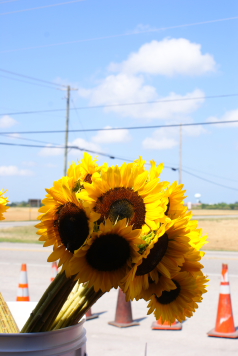 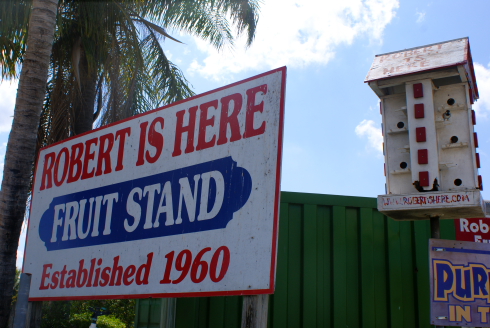 After exiting the park, we completed the south Florida experience with a visit to the Robert is Here Fruit Stand and Farm, in Florida City, Florida. We tried an amazing mango, bought some less-than-amazing dried kiwi, and purchased a few gifts for the multiple thoughtful friends who had agreed to watch my crazy yowly cat while we were away. This store was quite the tourist trap, which was just fine with me. Since I didn’t make it to the Coral Castle, I had to find somewhere touristy to stop.

How to sum up the Florida lifestyle? I think this photo pretty much does the trick (that is a full-sized SUV on the left, FYI): 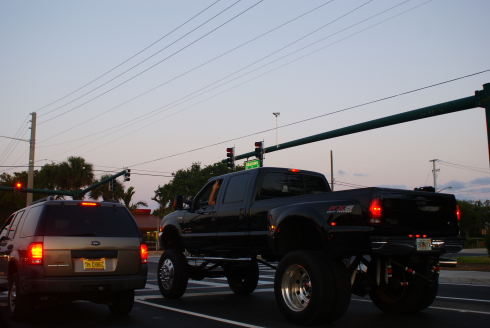 I visited during the wet (summer) season, when facilities may have restricted hours, recreational opportunities may be at a minimum, and mosquitoes are certainly on the warpath. However, the park is open year-round. 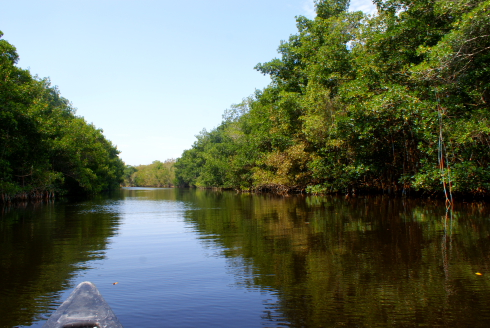